Introduction To Liquor Of Paper Pulping

We can often see some terms of paper pulping process, such as black liquor, white liquor, red liquor, and green liquor. For a beginner of paper pulp making, you may confuse about them, what’s the meaning of these terms? What’s difference between black liquor and white liquor? CNBM helps you figure it out.

In the processing of kraft pulp or soda pulp, after pulp cooking process, about 50% of the fiber raw material is dissolved in the cooking liquor, which is called black liquor because of its dark color. 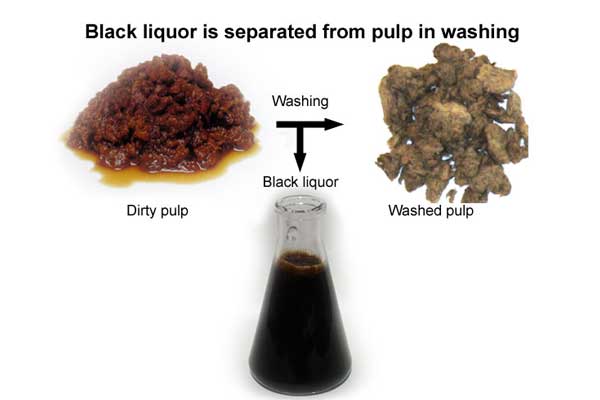 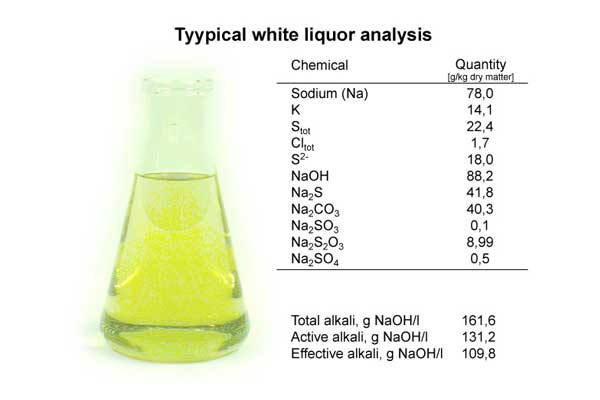 White liquor is cooking liquor that used in the Kraft pulping. It is so called white liquor because it should be distinguished to other liquids in the pulping process like black liquor, red liquor or green liquor.

The main goal of cooking process control is to increase the selectivity of delignification. It can be determined by factors such as cooking time, cooking temperature, alkali amount, and degree of vulcanization. The alkali concentration has a great influence on the speed of delignification, and also affects the pulp yield and strength. The same degree of sulphurization has a great influence on the cooking rate, pulp yield, and strength. Therefore, the composition and use conditions of the white liquor are one of the important factors that control the process of the kraft pulp production process.

The red liquor is the washing liquor after pulp cooking in the sulfite pulping process. It is brownish red. It mainly includes lignosulfonate, and also contains sugars, organic acids, inorganic acids and etc.

Direct discharge of red liquid can cause pollution, so it should be recycled. Red liquor can be recycled from waste liquid. The general recycling treatment method is as follows: the red liquid is evaporated and concentrated (the solid matter content is 50% to 60%) and sprayed into a combustion furnace to generate sulfur dioxide, magnesium oxide, soda ash, etc., and then absorbed to form a sulfite cooking liquid. The heat of combustion generation can be recycled.

Green liquor refers to the chemical solution formed by dissolving the melt of the alkaline recovery system in water. The main components are sodium carbonate and sodium sulfide, and it contains a small amount of sodium hydroxide and sodium sulfate. Lime can be used to recover sodium hydroxide. Because there is a small amount of iron hydroxide in the composition, it is green, so it is called green liquid. 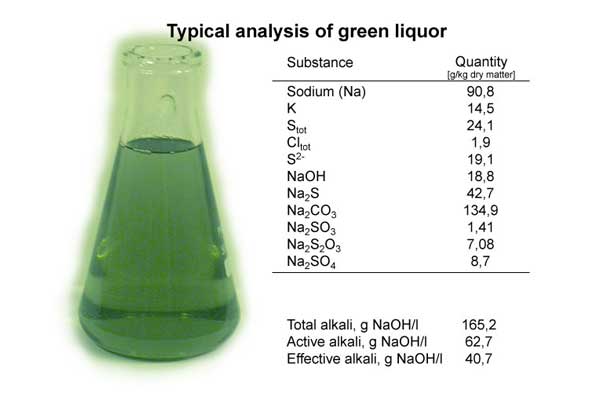 The melt after burning the black liquor, dissolved in a white liquor or water to form green liquor. The main component is sodium carbonate or sodium carbonate and sodium sulfide (sulfate method).